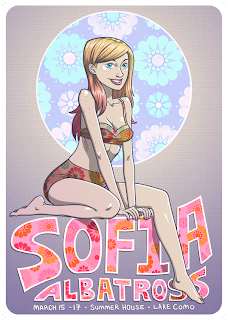 Girl + circle + curved border. If I were putting on airs I'd call it a theme, but since I'm not, lets just call it being lazy and unimaginative.

I started this drawing a month or so back. I like girls with freckles and retro style bikinis. That's as deep and meaningful my work is these days.

The text and layout was a last minute thing and I think it saves the picture from being totally bland. The pattern texture reuse is pretty blatant, oh well, that's what happens when you have no idea what you are working towards. 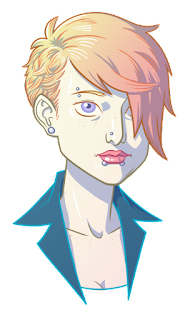 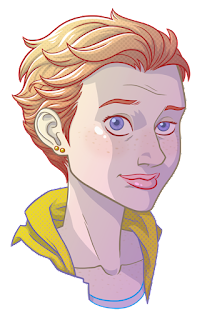 The picture on the left was a refresher course on flipping horizontally to check for errors in the construction. It needed a big reworking after doing the linework because the face was really skewed, and another after I coloured and applied halftones because I noticed the neck was weird. It still looks kind of janky, but I like the hair.

The picture on the right is pretty much version 2: short blonde hair that fades into red, halftones in hair & clothes and light freckles. Maybe it's a theme.