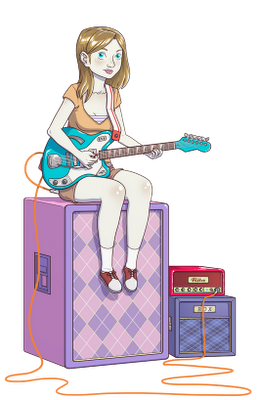 Resting on my laurels again. The guitar is a mashup of a Jaguar and a Rickenbacker 330. I call it a Jaggenbacker.

The guitar is plugged into an amp I named Rita because it's a "little red head" (haw haw haw). 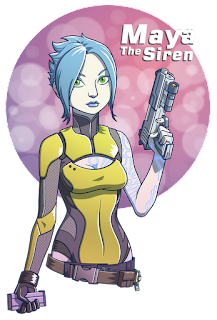 I'm not too crash hot about the design for the siren in Borderlands 2. The hair is cool, and I like the contours of the body suit, but I don't like the long-ish face or the wetsuit & cargo pants look.

This started out in my sketchbook, but I redrew the head from scratch in Photoshop and as a result the hair isn't quite right and the face isn't as thin and long as it should.

Looking at it now, it seems like a big step back in quality, but I was quite happy with it when I was doing the linework. 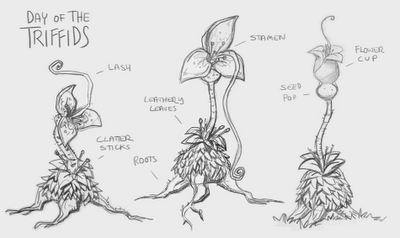 I've been trying to write some stories to turn into short comics and I toyed with the idea of setting a story in the world of Day of the Triffids.

The design isn't accurate to the description in the book, but based on the drawing on the cover of an old edition.