It always takes me a little while to re-learn how to draw like myself after finishing a project. I'm in that limbo right now and drawing less cartoony is proving to be a bit of a challenge. 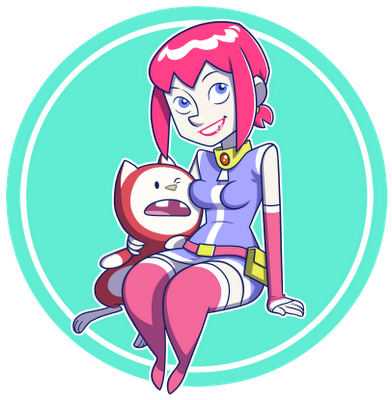 To close the door on the game project I decided to do a coloured version of the player character and the "bouncer" enemy. I experimented with a bunch of different palettes (over a period of months) for the player character, but nothing was as appealing as this one, which kills me because I know that it's way too saturated and mostly primary colours. 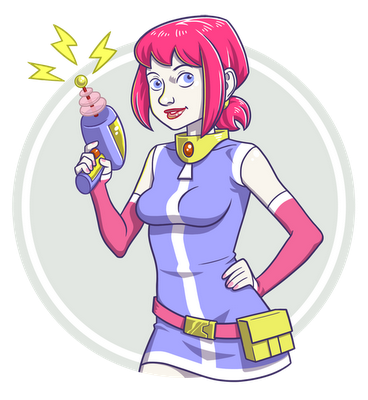 Uggghhff...Here we go, a little more normal. I don't know if I like the general lumpiness though. The eyes are drawn pretty much the same as the cartoony version, which probably means that I don't really know how to draw eyes. 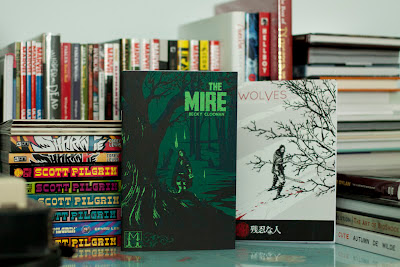 I'm feeling a little burned-out on video games right now. I just recieved a copy of Becky Cloonan's new self published comic "The Mire" and it (like her previous mini comic "Wolves") kicks ass. For my money, Cloonan and Emily Carroll are the best horror/suspense storytellers in comics today. It makes me want to do comics again, if only I could get past my crippling writer's block (also known as a lack of imagination).