Well, it looks like the storyboard conforming job fell through, which I'm not too upset about. I spent Janurary working on a new idea for a game after being unhappy with a previous prototype. I also decided to use a simpler art style, so I spent a week or so refining a character style that is simple enough to draw and animate, while still being expressive. I also came up with a rough scenario and some tentative enemies. 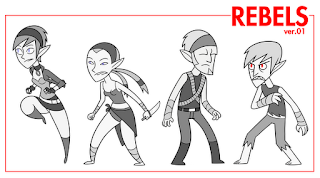 I've been playing a lot of Borderlands (and Fallout 3) so I decided to do some fan art. I drew Fun With Barrels first, but didn't know how to colour it, so I drew Lilith riding a Claptrap. I ended up throwing some colours on Tannis and calling it a day. Lilith is available as a t-shirt and sticker from my Redbubble site.


The image(s) below were intended to be in the style of those retro alcohol parody posters, but my linework was too thin, so it ended up being an amalgam of different inking/hatching styles. I always envisioned it as black and white, but I was looking at some images from old romance comics which inspired me to throw on some quick colours/half-toning. The third version is intended to look like one of those ads that you find in the back of an old comic book. There is a colour (with text) t-shirt and a white-on-colour t-shirt also available on my redbubble site. 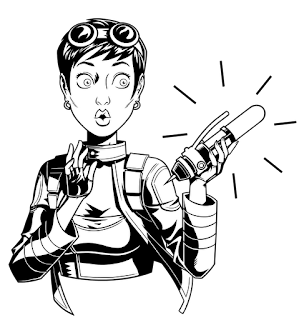 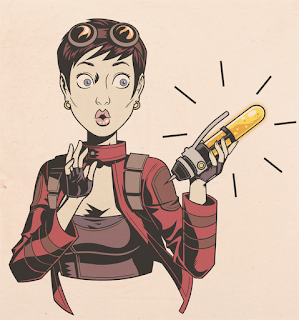 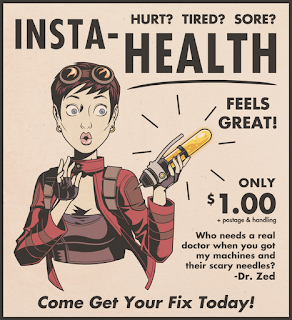 Watching: Hesher by Spencer Susser, The Road by John Hillcoat
Reading: Devil in the White City and Thunderstruck by Erik Larson, Danse Macarbre by Stephen King
Listening to: Noodles - Explorer, Tom Waits - Bad As Me
Playing: Borderlands and Fallout 3
at 1:56 am Labels: Illustration