...Conformist
This January I'll be starting a new part-time job as a "Storyboard Conformer". I'd rather be drawing storyboards than conforming them, but there is only so much animation work going on at any time and plenty of available storyboard artists around to snatch up the work.

The drawing on the right is my little way of finding a little creativity in what will be a rather menial job. It was originally drawn to become a t-shirt graphic (which can be purchased here) but it reminded me of something of my favourite music poster artists, Guy Burwell has done, so I made a little mockup 45rpm record sleeve.

...Developer
Maybe I'll get a storyboard to draw, maybe I won't, but I'm not really bothered because in 2012 I also plan on developing an iOS game, which will require a huge skill jump on my part. I've been trying to put myself through a crash course in game development, intending to soak up all I can. Luckily, it seems like we are in a renaissance of indie game development and there is a lot of information around.

...Fresh Start
I wanted to start the new year clear of all my old WIPs, so I sat down to finish them somehow. These drawings have been hanging around my hard drive for a few months. I don't know why I decided to take them further than the sketch stage. The 2nd drawing's noisy gradients were inspired by Robert Valley's work, especially the new storyboards he is posting on his blog. 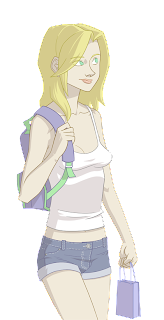 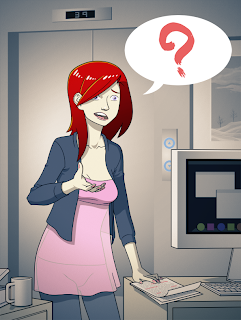 The next picture goes back a year and a half. I knew that if I didn't finish it now, it would never be finished. I hate the background, but I like the goofy smile. I'm tired of doing boring artwork, I'm going to make an effort to make interesting drawings this year.