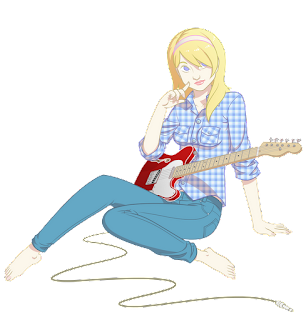 I started this drawing as a quick escape from working on the image below. I ended up redrawing the feet a bunch of times and I'm still not completely happy with them, but oh well.

The guitar is one of my dream Telecaster designs. It is a double bound mish-mash of Thinline and 50's style Tele with a modified pick-guard that I've dubbed the Sofia-Caster. 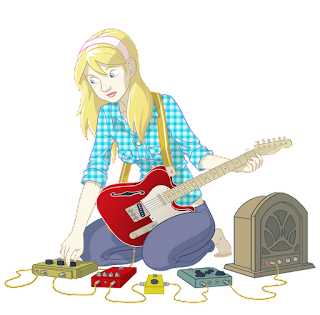 I was considering doing more illustrations in the Polaroid series, but the idea kind of stalled.

Very late in the process I noticed that the guitar was way too large and it was a major PITA (because I work with tons of layers) to get it down to appropriate size.

That exercise in tedium got me to think about using layer masks in future illustrations. 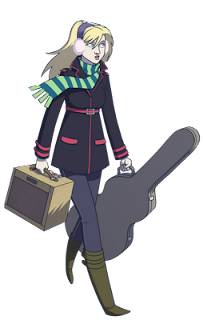 This is an oldie that I just gave up on. It was kind of inspired by a scene (just after the turbulent plane ride) in the film Almost Famous.

I tried a few different BG concepts, but I didn't like the character drawing enough to spend the time on a fancy background. Hopefully I will make use of those concepts one day. 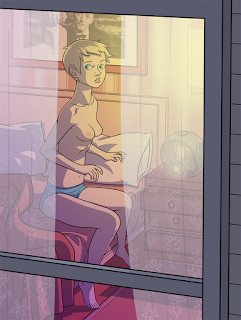 I wished I had planned out the composition, instead of fumbling around over a period of months. The drawing of the girl started as a rough sketch in my sketchbook.

Lately I've been thinking about spending a little extra time at the sketch stage which will hopefully lead to spending less time working in Photoshop.

The photo on the wall is Robert Mitchum from The Night of the Hunter.