I don't know why I stopped posting photos on this blog, maybe it's because I've been uploading them to my Flickr page. The following are a few shots I've taken since last time. All photos were taken with my Canon 50D with 50mm f1.4 prime lens and have had some Photoshop curves adjustments added to them. 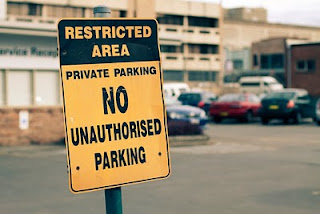 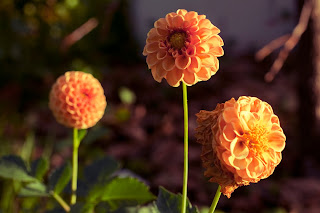 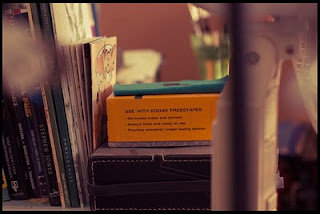 f/2.5, 1/40, ISO 400
This is a view of one (of three) desks in my room through an out of focus mic stand and floor fan. I've run out of shelf space so I've got books lined up and stacked everywhere. There's a super 8 camera in that dusty black case. I should get the film inside developed, I wonder if it's still good? 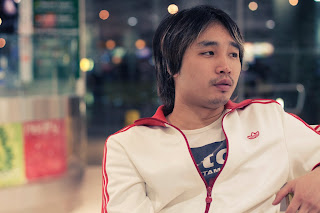 f/2.2, 1/50, ISO 400
Can you feel the bokeh? I should have re-framed right a bit, but oh well. When I had finished editing this photo I noticed how bad 8bit jpegs look compared to the 12bit RAW. 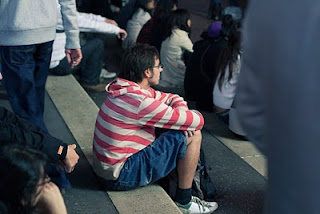 f/2.8, 1/40, ISO 800
Where's Waldo? I've been meaning to take my camera out more and shoot people, but because of the focal length of the lens, I've got to get in kinda close and the practicalities of shooting come into conflict with my personal practice of staying out of peoples' way in the hope that they stay out of mine. Anti-social, I know. 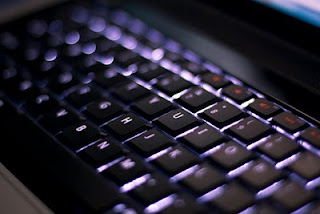 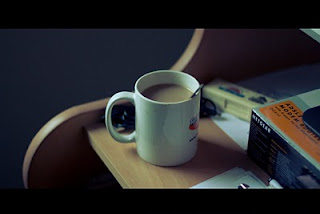 f/1.4, 1/25, ISO 400
A view of another desk in my room and the contents that rest upon it. The Netgear box is elevating my Acer 19" monitor up a bit because the desk is too low. That coffee mug was and continues to be in need of cleaning. Behind it are a couple of miniUSB to USB cables and a Hohner harmonica in the key of A. 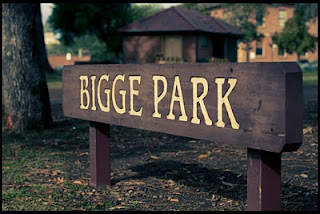 f/4, 1/800, ISO 100
One of my rare forays into the world during daylight hours, I added the little border because I rotated the picture a smidge and had to cover it up. 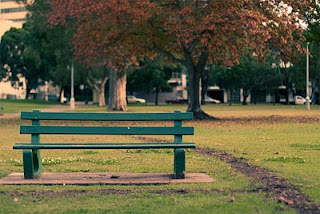 f/2, 1/1600, ISO 100
Same park, same day. I was wasting time while waiting for something in my brain to explode, I've been getting forehead pains/pressure which my doctor has since told me is a tension headache, but which I fear may be an aneurysm or some kind of tumor. Empty bench, autumn trees: feeling close to death, or maybe just a flat composition inspired by the films of Wes Anderson? 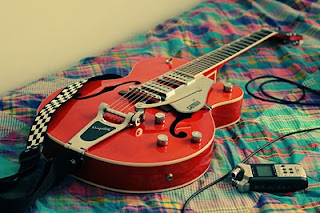 f/2.8, 1/40, ISO 100
My Gretsch on my bed alongside my Zoom H4N field recorder. The Gretsch has gone through quite a few modifications since then. It's a constant source of consternation. Maybe I should have gotten the Epiphone Casino after all.
at 3:26 pm Labels: Photos