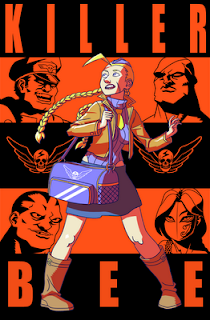 I've been spending less time at the drawing board lately, I've just been drawing straight into Photoshop, or at the very most I'll do a quick scribble on paper and do the rest digitally.

I started thinking of Street Fighter as something akin to a tennis tournament, so this is pre-fight Cammy. 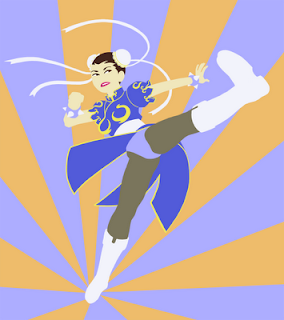 I had no intention of doing another Street Fighter drawing after the Cammy piece, but Man Factory just released Part Two of Three of their Street Fighter rock opera. You can listen and/or buy it HERE. I whipped this up in a couple of hours this morning. The arms are kind of janky, but I'm not going to spend any more time on it. 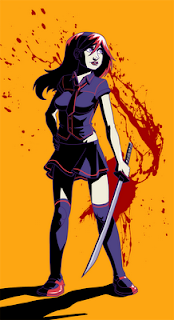 I've been avoiding finishing a comic for the last couple of weeks. I was going to draw the last two panels this week, but I went kayaking on the weekend and really messed up my hands.

So in lieu of drawing I'll try to write for a few hours, then feel antsy because it'd be late afternoon and I had nothing to show for the day. So I'll open Photoshop and mess around for the rest of the day. So in the end my hands don't actually heal and I've still got a comic to finish.

I've been meaning to do some drawings with Takeshi Koike style shadows, I played around with the Difference blending mode, but found the best method for me to be just changing the colour of the lineart. 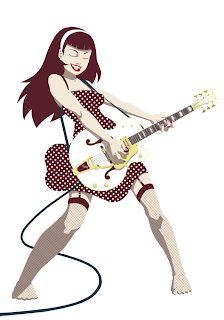 Another quick one. I like girls and I like Gretsch guitars, so here's a rockabilly chick playing a Gretsch White Falcon. I find not bothering with linework when drawing to be substantially faster, I want to try a comic using this method. I'll add it to the list.