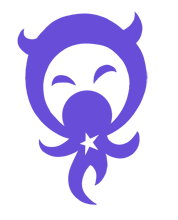 I've been pretty aimless lately. I finished penciling a three page comic a couple of weeks ago, but the results weren't to my mind very satisfactory. I seem to have a problem drawing within a frame, which on the surface may seem ironic because I'm a storyboard artist, but in practice it isn't; I do my storyboards on separate pages and compile them in Photoshop. I drew the comic on an A4 page and the panels were too small. I'm gonna work bigger in the future.

Anyways, I thumb-nailed for three days before scrapping them and re-thumbing/writing them in a day.The drawing process was very slow, a page took me two days. I don't feel like finishing it yet, it'll take me a day per page to clean up and a couple days to tone/colour in Photoshop (I wrote the story in '04, so there isn't exactly any rush to finish).

This bad experience has lead me to abandon my plans to draw the stories that I have backlogged and I'm trying to come up with new ideas. I've been trying to write, but I procrastinated a lot and haven't written anything usable. I had to put my guitar away because it was too distracting and it was messing up my hands; unfortunately I took out my Ukulele and have been playing that instead.

One of the more interesting procrastinations was a site called We Feel Fine. It's an interactive site that scans random blogs for the phrase "I feel" and it takes that sentence and a photo if available and groups them according to various criteria, emotion, age, location etc... The site has a really nice UI and while clicking around I constructed a theory that maybe random thoughts or feelings, no matter how cliche or banal can seem profound as long as they are constrained inside a single sentence. Maybe this explains the appeal of Twitter and Facebook? 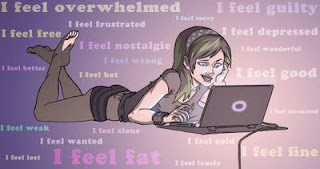 The picture above is pretty much how I spent my Monday, after eight hours of zero productivity I decided to just sketch for an hour and came up with this. That's how I use my laptop, lying down on my bed, with an ethernet cable sticking out of the side. I put cardboard underneath the computer to stop the mattress from blocking the vents.

Sometimes I feel guilty that I throw down sketches without much thought and discard so much paper. This sketch was done on a side of a page I was gonna throw away. I sometimes will try to fill a page, this was just filler. I threw textures all over it because I can't colour for shit. 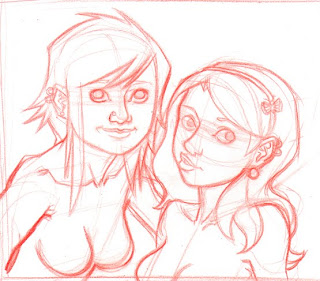 Random sketch with Prismacolor Vermilion pencil. I had a poke around on Facebook and was amazed at how good some people are at taking photos of themselves, the framing can be pretty good. Now they just need to turn off the flash...