More photos, this time taken at or coming back from Darling Harbour, Sydney (although I'm not showing the actual harbour shots, I find taking landscape photos boring). I didn't have to crop as much this time 'round. I still find the DOF preview button awkward to press, especially snapping on the fly, so I still haven't used it much.

I also confirmed my suspicion that White Balance doesn't really matter in RAW because the picture is captured flat and WB is added (but not baked in). I still try to set my WB, 'cause it's quick and you get a better representation when reviewing the photo after you've just taken it. I also set the picture style to Faithful from the custom preset I had been using before (same as faithful w/+1 sharpness).

All these photos were taken at ISO 400, I think it's still pretty flexible, I'm happy with that amount of noise. Most of the good looking high ISO stuff I've found online are landscape shots, they don't show how the noise affects skin tone. 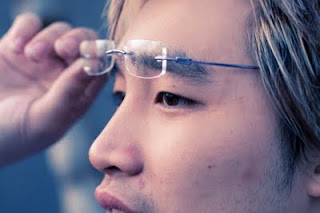 F/3.5, 1/40, ISO 400, Curves Adjustment
I'm getting faster at focusing, DOF was probably an accident though, just moving the dials quickly to get decent exposure, if I thought about composing it I would have went f/1.4, which undoubtedly would have resulted in an out of focus face. 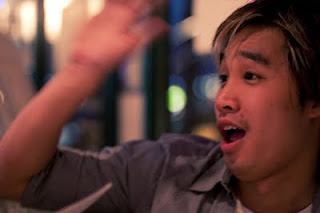 F/1.4, 1/30, ISO 400, Curves Adjustment
Slightly out of focus, but I like the bokeh and the facial expression. This was taken in the Blackbird Cafe, which had horrible lighting inside, but we were given another table outside which had good lighting, but a really small table and cramped seating and I only have the 50mm so I didn't bother taking any shots. F/1.4, 1/40, ISO 400, Curves Adjustment
Taken on a walk back to Wynyard Station (which I found out later was closed), I couldn't really get into the angle/position I wanted to, maybe I'm still too self conscious. I think I'm probably overdoing the blue look.

F/2, 1/20, ISO 400, Curves Adjustment
Slow shutter, I was surprised how steady I held the camera. This is another example of a weird f/stop and shutter combo. If I set this shot up instead of taking it on the fly I would've gone f/1.4 with a 1/40 for less camera shake. 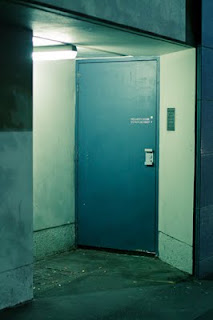 F/2, 1/40, ISO 400, Curves Adjustment
Kind of boring, but its an example of how I've gotten into the habit of using the focus zoom assist to grab focus quickly. I think it's the reason I have a higher ratio of good:usable:junk. 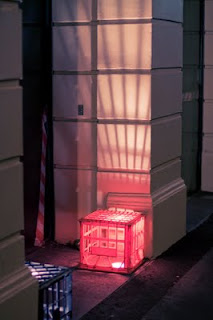 F/1.8, 1/60, ISO 400, Curves Adjustment
I found myself still getting too close to my subjects before remembering the FOV of my 50mm and backing off a bit. I think this was taken after I found Wynyard Station closed and was trying to hoof it to Town Hall Station. Still trying to figure out how exposed is well exposed...