Pictures in a Frame 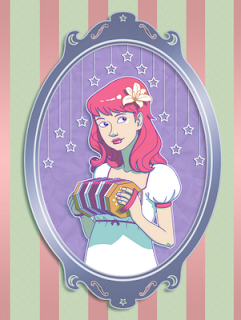 I had to give Madeline Prixu better treatment than last time, so here's a reuse of the image, now with a simple frame around it. 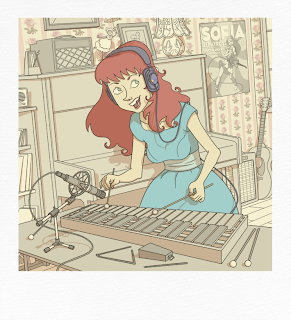 The limited palette of these pictures were based on the music video of My Terrible Friend's cover of Tom Waits' Diamonds and Gold. The polaroid idea came from Pat Sansone's photos from Wilco's Ashes of American Flags DVD. The backgrounds were painfully tedious because I didn't really have more than a concept for them and so there were many iterations. 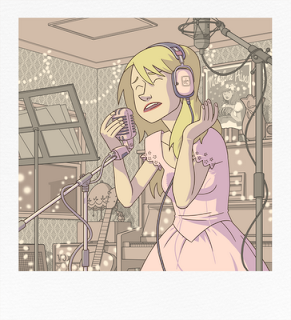 I like the idea of bands recording in houses and capturing ambiance and imperfections as opposed to recording pristine sound in professional recording studios. Daniel Lanois has been known to keep a recording studio in a truck so he could move the gear to a house and set up quickly. As I get older I'm losing patience and am becoming more enamored with speed.