Sketches From A Moving Train Part 9

Whoops! I forgot that I had yet to post the second half of this sketchbook. Well, here it is.

Concerning my crippled hands, I went to see a rhumatologist, and apparently my intense muscle/tendon/nerve pain baffled him. So the doctors have no idea what's wrong and the show I'm working on will probably be over in a few months leaving me unemployed and my hand pain will probably prevent me from getting another job. Yay!

Weird thing though, I recently stopped wearing my wrist splint and my hands hurt, well maybe not less, but less sharply than before. I also discovered that typing and using computers is worse than drawing for my hands. I also learned that playing guitar still hurts plenty.

Anyone know a cure for creative block? 'Cause I need it. Big time. I recently tidied up a bit and was going through my old sketchbooks (I've been keeping them since around 2003) and I was surprised to find tons of notes, story ideas and storyboards. Why can't I come up with ideas anymore? When did I stop imagining? Have I gotten disillusioned because I know I will never be a great artist? Is it because I no longer care? 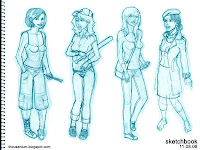 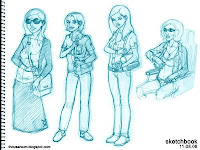 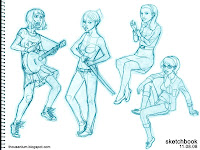 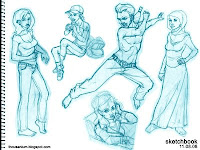 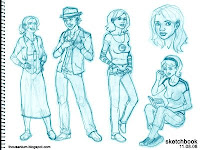 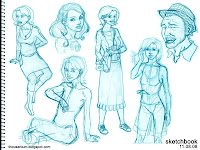