Sketches From A Moving Train Part 7

I went to Supanova Pop Culture Expo (back in the day, they were called comic conventions) on Saturday. It was okay, although I don't think it's really my scene anymore, well, maybe just not as a visitor. Being in Artist Alley is pretty cool. Speaking of which, like an idiot, I only discovered last week that the convention was in June. Last year it was held in October and I assumed it would be held in October this year. So I missed out on getting a table (I haven't made a new book, so it's okay). I'll probably go to Smash! in August, but I most likely will only be going as a patron.

I'm trying to get back in the habit of making comics again. I started the 24hr comic thing a couple of weeks ago, but only lasted 4hrs. I'll talk about that in a later post, but the "writing" process kind of exhilarated me; that is, until the realization about the amount of work it would take to draw the whole thing and the fear of failure got to me and I stopped when I should of pressed on. Maybe the fear is what keeps me from finishing anything and why all I ever post are sketches. Or maybe I'm just plain lazy. Either way, I've got to buck up and get over it if I ever want to do anything worthwhile. 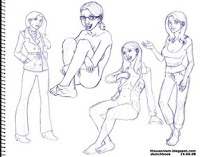 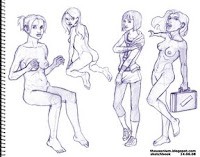 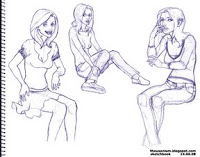 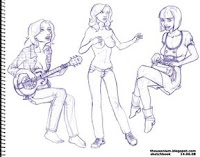 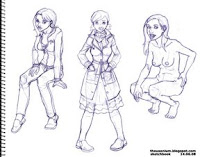 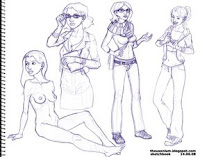 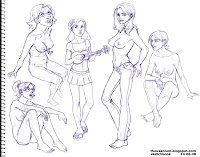 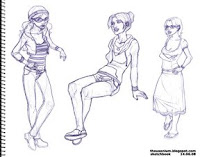