What's the point of me having two blogs if i don't update on either?
I've taken down my sketchblog and dumped some of the posts and pictures here. I'll try to update properly soon.

Unfinished Business
Hey, Welcome to my sketchblog.This is where I'm gonna dump my sketches, animated gifs and all sorts of other unfinished stuff.To start off, here are some OpenCanvas sketches, the top one is newish, the bottom two are pretty old. 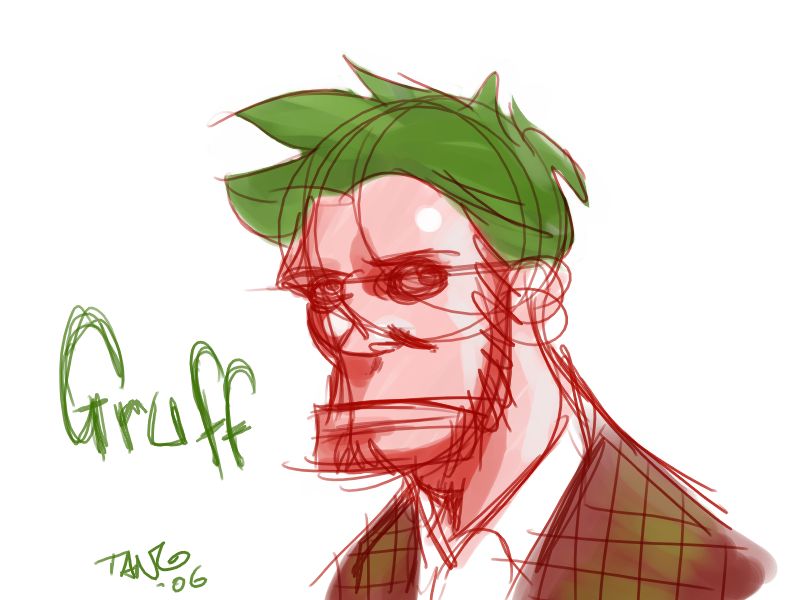 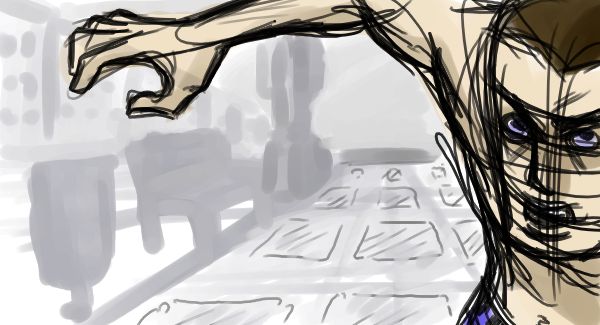 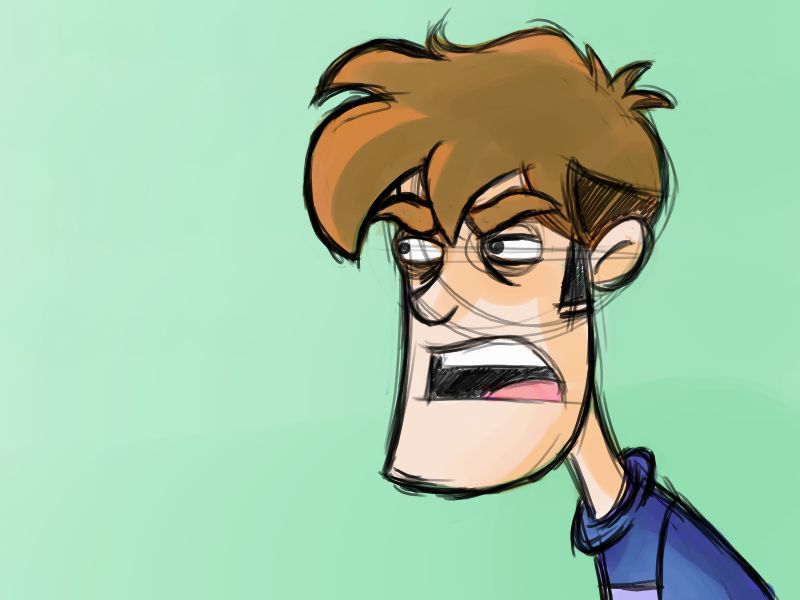 Nu Gurls
New stuff. Both scrawled on bits of throwaway photocopy paper and coloured in Photoshop 7. The tall one was done today while scanning some animation. I wanted to make a bookmark for my new sketchbook (hence the word Sketch at the bottom). 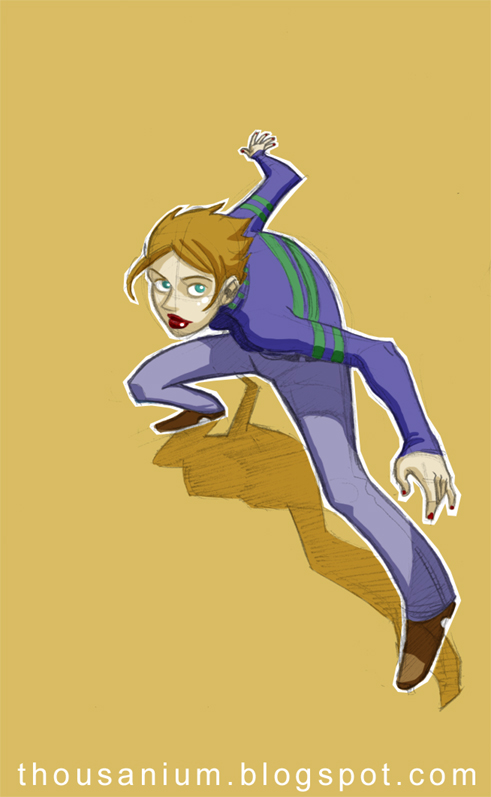 EasyToon Here is another sketch coloured with Photoshop 7 and two animated gifs created with EasyToon. The gifs were improvised, I was just playing around with my Wacom tablet. Easytoon is a pretty neat little program, sometimes when I come up with an idea for an animation, I test it out quickly with EasyToon, but the flip side is that once I've done the test, I lose interest in animating it properly. (click on bottom 2 pics to see them in motion) 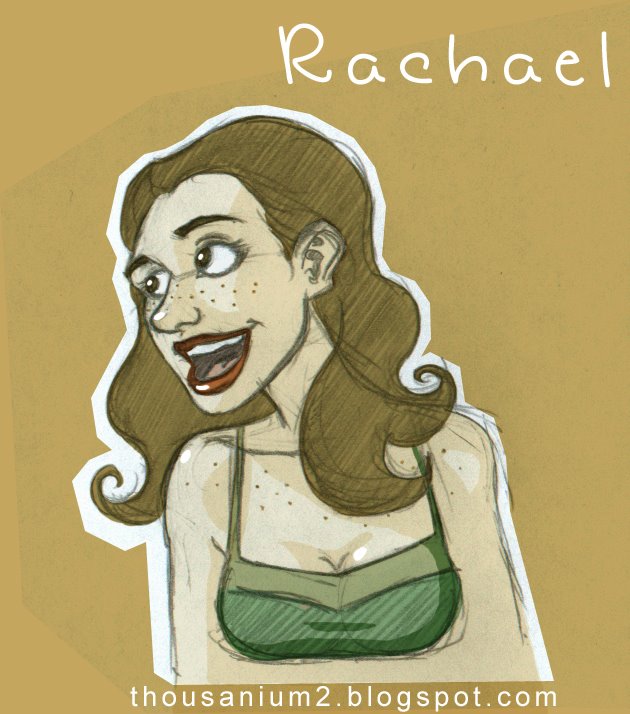 Gestures, a Girl and Ferdinand the Gambler
The key to good figure drawing is the pose or getsure. I wish I remembered that more often. I believe that you can tell if your drawing has the potential to be good or bad based on the rough pose which can take 5-30 seconds to draw. This is from one of my old sketchbooks, maybe done a year ago. 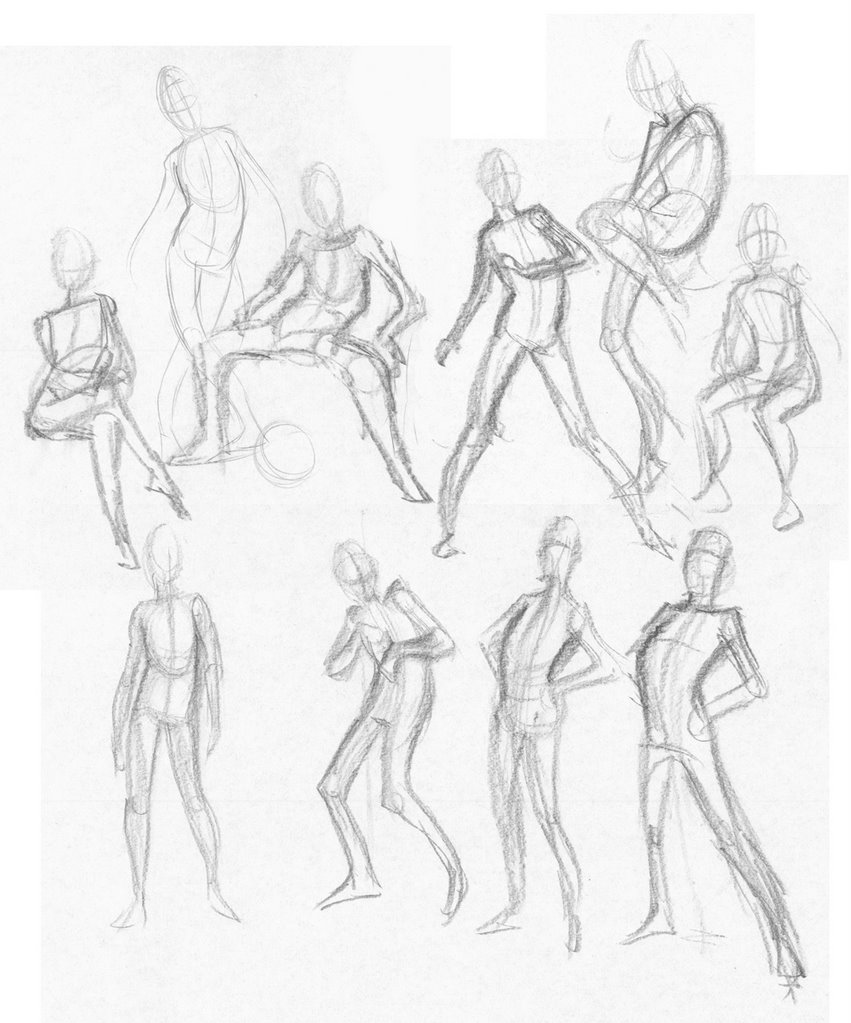 The sketch below was based on a girl I saw in a bar in Sydney earlier this year. I keep a little pencil stub in my wallet and drew her quickly on an old ticket my friend had in his pocket. 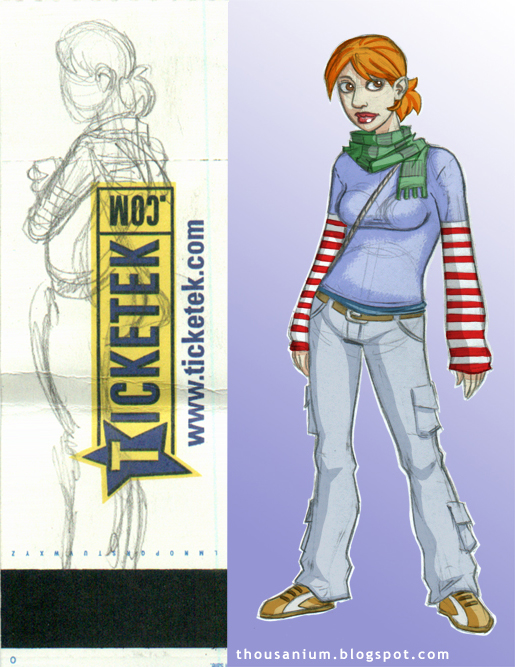 Sometimes I just play around with a fat Sharpie Marker and get something I like, in fact, it used to be an integral stage in my drawing process. It went: Sharpie sketch> Pencil Sketch-refine structure and pose> Clean up.This chappie was drawn a while ago when I was watching The Last Waltz by Martin Scorsese and it's based on Rick Danko, the bass player for The Band.

Toon Girls
I think these all come from an old sketchbook. I was watching Brad Bird's The Incredibles and The Iron Giant a lot and decided to give drawing "cartoony" a go. Despite my training for three years as a Classical Animator, I don't draw cartoony at all. Because of the internet and the host of animaton blogs and resources, I've become more familiar with specific animators that I like, ie: Glen Keane, Andreas Deja, Tony Fucile.As always, they were done with a HB mechanical pencil and Photoshop 7.