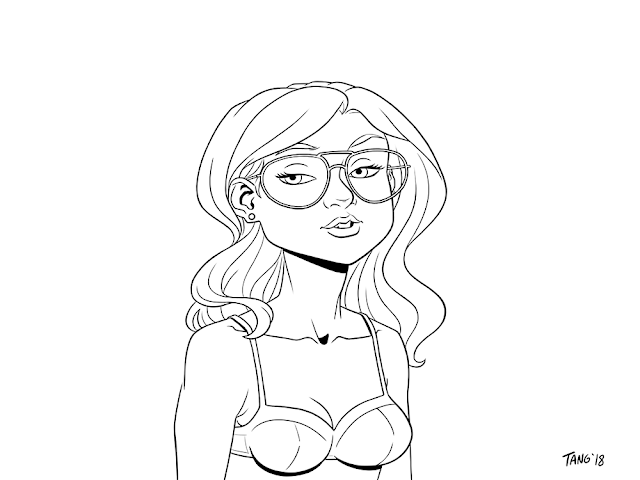 I started this drawing around March/April but got hung up with hair shadows so I put it on the back-burner. 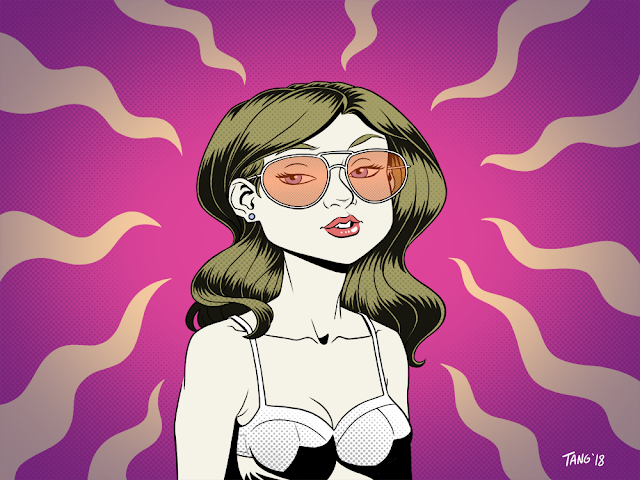 Wanting to avoid my predictable old palette, I went against my instinct and made her a brunette even though I had planned for the girl to be a blonde. She initially had wings and a halo, but after months of periodic tweaking, I decided to make a drastic change so got rid of them, drew a weird background and considered it "finished". 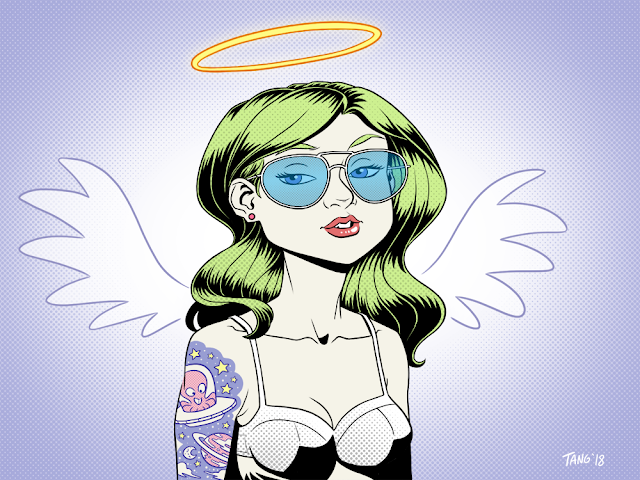 However, I couldn't just let it go. Remembering that I had initially wanted the character to have a sleeve of tattoos, I drew them in and at the same time took the opportunity to revert the whole thing back to how I wanted it when first drawing it. Probably way too much thought and effort for such a simple drawing, but oh well.

Watching: Il Bidone by Federico Fellini, A New Leaf by Elaine May
Reading: The Black Count: Glory, Revolution, Betrayal and the Real Count of Monte Cristo by Tom Reiss
Listening to: The Minus 5 - Dear December
at 3:43 pm Labels: Illustration