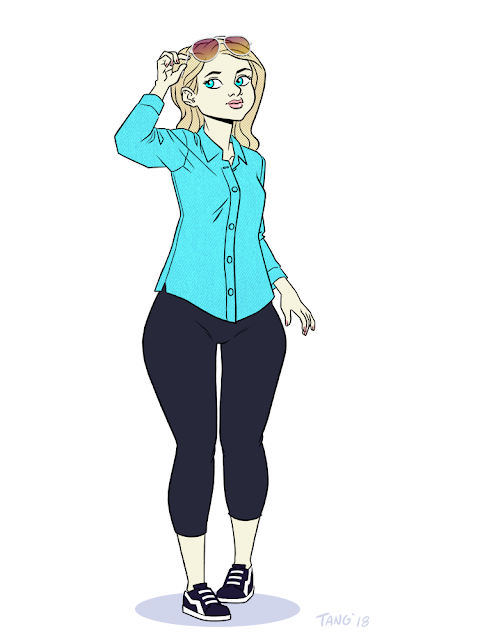 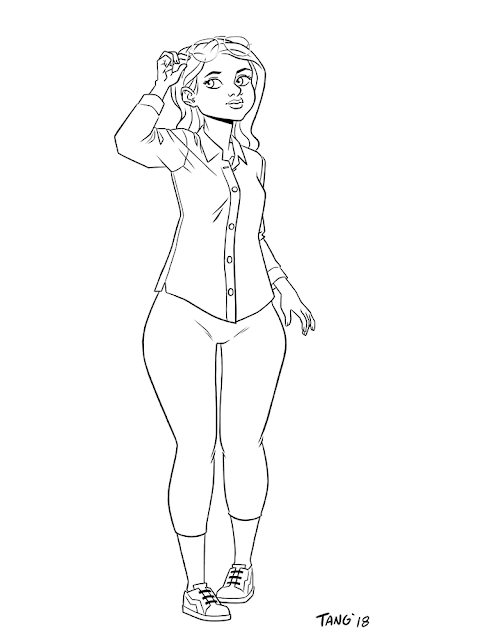 One out of four is a pretty low hit rate. I had a certain look in my head (blonde, glasses, chambray shirt) for about a week, so I drew a bunch of different sketches trying out different shoes/pants and poses. I wasn't crazy about any of the 10+ sketches, but thought four were okay so I moved ahead and worked on all four with the intention of doing "who wore it better" type of set.

For a few days I thought they were all decent, but little things would bother me, so one by one I decided to scrap three of them, which at the time was annoying because I had taken them through to colour, but in the end I mostly regret not being more discerning at the sketch stage.

The rejects weren't wholly without value, and I'm still not crazy about this one, but it's all that's left of my week-long fascination with chambray shirts.

Watching: The Offence by Sidney Lumet
Reading: The Day of the Locust & Miss Lonelyhearts by Nathaniel West
Listening to: Julian Lage - Modern Lore, Death Cab for Cutie - We Have the Facts and We're Voting Yes
at 12:42 am Labels: Illustration