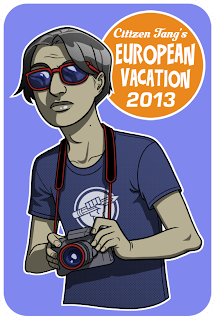 I didn't do much drawing at all in Europe, so I had planned to mark the major (or favourite) places I visited in Europe with a series of illustrations. That way I could simultaniousaly reminsce and get back in the groove of drawing at the same time.

I had sketched most of the designs in one sitting and was pretty confident I could knock them all out in a timely fashion.Unfortunately like most of my plans, I got bogged down very early.

The London illustration in the previous post was a lot of work, but pretty straightforward and I feel it was a successful drawing. 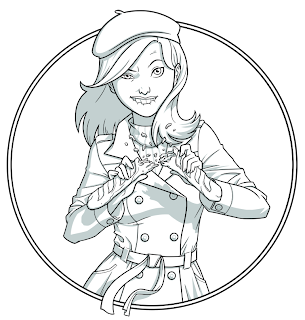 The next one planned was Paris. The drawing was pretty easy to do, but there is something about it that made it difficult to colour, so I ditched it and drew another one which is probably a better drawing, but doesn't really connect. I've included version one here as a greyscale WIP.


Below are some photos I took of Dinan and St Malo in Brittany, France, which was my first experience of not being able to speak the native language.