Where Is My Line? 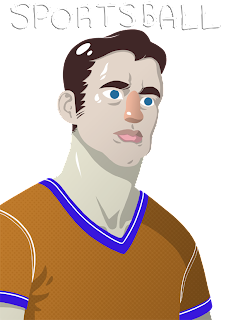 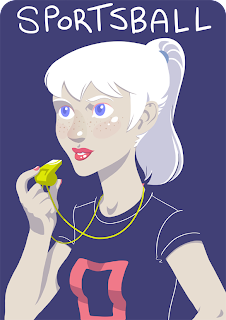 I like how these Photoshop doodles came out. I was bummed out about the overworked and sterile linework of the Abe Sapien and Liz Sherman drawings so I decided to ditch lines for a bit. I'm not into sports in general and team sports in particular, but I like the look of old sports posters. The first drawing came together very naturally, I knew pretty early on what it would look like even down to the colours. 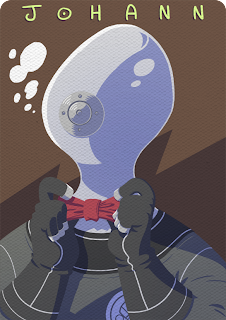 The second Sportsball picture was also just a random head doodle, but I managed to turn it into a Coles Philips-style fadeaway.

More B.P.R.D. Johann Kraus exists as a gaseous cloud of ectoplasm that is held inside of a containment suit. A ghost balloon if you will.

I tried to get some drawings posted because I'll be travelling through Europe for a while and probably wont post anything for a couple of months.