Write Around the Corner

I find that I have a tendency to write around a story rather than write stories. I spent two days last week trying to get in the heads of characters only to kind of lose all motivation to actually write the actual story. I think once I get into their heads, the action doesn't hold much appeal to me. 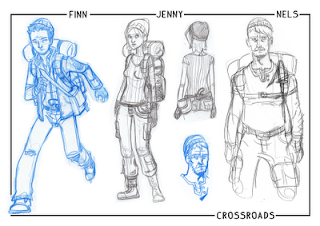 These are the characters in the story, it's in the "Cosy Catastrophe" genre, kind of influenced by The Road by Cormac McCarthy, Word War Z by Max Brooks and Day of the Triffids by John Wyndham. I love how the real antagonists in good post-apocalyptic fiction aren't the zombies or whatever, but other people. They're about how humanity behaves when the structure of civilization is taken away. 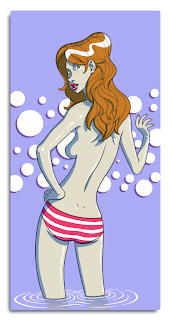 I'm trying to loosen up the characters I draw, I want to get back to a more animated look. 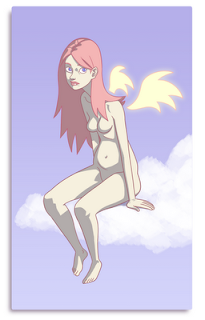 Pretty uninspired drawing, but I like the sullen eyes. The cloud was done quickly with a Photoshop brush created by Charlie Bowater, it's a really good brush that I wouldn't even know how to use properly.

Just a digital sketch, I had this in the backlog for a month or two and I had to finish it or throw it in the "Never Gonna Finish" folder. 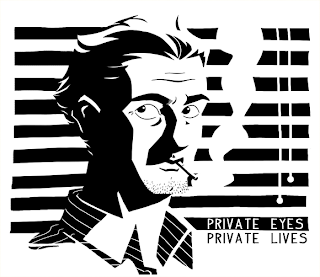 I drew this after I saw Robert Altman's The Long Goodbye staring Elliot Gould as Marlowe. It got me in the mood to watch more 70's crime films like Charley Varrick and Night Moves. Cigarette smoke and venetian blinds, it doesn't get any better than that. 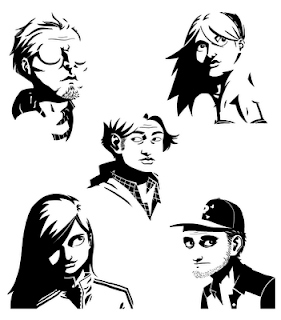 More shadow sketches. I just realized that I tend to "finish" stuff that I draw directly in Photoshop, more than the stuff I start with a pencil. It's a double edged sword, because although I get more done, but I tend to accept more substandard work.