I live in a little suburb in Sydney that has a library with a suprisingly good selection of comics for it's size. I don't really buy comics anymore, at least in the floppy singles format. I was in Borders the other day and saw that an issue of x-men was $11! I've been reading some of Brian K Vaughn's run on Ultimate X-men and it's pretty good (not anywhere as good as Vaughn's Y: the Last Man though), especially when drawn by Stuart Immonen whose work I dug previously in Superman: Secret Identity, written by Kurt Busiek.

I'll be at the Supanova convention in Sydney on the 13th-14th of October, sharing a table with Nautilus Illustrations. I'll be doing sketches and have a minicomic to sell.

These pics were done as warm up sketches. 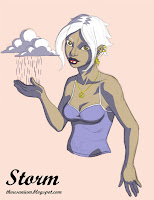 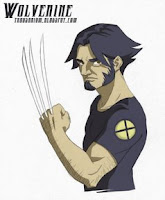